Hannah Baker
Hannah is the protagonist of the story. She committed suicide for thirteen reasons, or rather, thirteen people. She tells their stories on tapes and sends them to the first people on her list. This person was to pass it on to the next after he or she listened to the whole set of thirteen tapes. Initially outspoken and confident with a tongue-in-cheek sense of humor, Hannah is torn down by the bullying and gossiping of her peers. By the time of her death, she is self-sabotaging, incredibly insecure, and depressed.

Clay Jensen
Clay is the ninth person on the list. He is the narrator of the story along with Hannah. As he listens to Hannah’s tapes, Clay describes his emotions, thoughts, and reactions to her story. In the end, it turns out that Hannah wanted Clay to just listen to the tapes; he was not a reason for her suicide. A bit reserved and shy, Clay is widely acknowledged as “a genuinely good guy.” He had a crush on Hannah, but was afraid of pursuing her because her reputation made him believe she was out of his league.

Justin Foley
Justin is the first person on Hannah’s list. He is also the tenth. Justin was Hannah’s first kiss, a moment that Hannah initially treasured. However, Justin embellished the story of their kiss and caused rumors about Hannah around the school. These rumors were the very first elements of the snowball of lies and betrayals that ruined Hannah’s life. Later on the in the novel, Justin, along with Hannah, stand by and allow Bryce to rape Jessica.

Alex Standall
Alex is the second person on Hannah’s list. Also new to Crestmont, Alex, along with Jessica Davis, were Hannah’s first friends at school. As the school year progressed, their trifecta fell apart and he fell off of Hannah’s grid. He appeared again on her radar when he named her “Best Ass in the Freshman Class” on a list. Alex’s inclusion of Hannah on his list severed Hannah’s relationship with Jessica and made the other boys at school think they had certain rights to Hannah’s body. As a result, Hannah felt used and humiliated.

Jessica Davis
Along with Alex, Jessica was one of Hannah’s first friends in Crestmont. At first, Jessica seemed like a pretty strong girl, but her insecurity and lack of self-confidence were exposed when she attacked Hannah over Alex’s list. When Jessica hit Hannah, she not only signified the end of their friendship, but left Hannah with a physical and emotional scars. Later on in the novel, Jessica was raped by Bryce Walker. Jessica is the third recipient of Hannah’s tapes.

Tyler Down
As the student life photographer for school, Tyler has a wide collection of cameras and lenses. Unfortunately for Hannah, her false reputation for promiscuity drove Tyler to spy on her like a Peeping Tom. He stalked and spied on Hannah from outside her bedroom, and took pictures of her for his own pleasure. By invading Hannah’s privacy in her house, Tyler took away one of the last few places where Hannah felt safe and at peace. For this reason, he is the fourth person on Hannah’s list.

Courtney Crimsen
One of the most popular and well-liked people in school, Courtney is actually fake and manipulative. After helping Hannah expose Tyler as a Peeping Tom, she spread rumors that Hannah has sex paraphernalia in her bedroom drawers. She betrayed Hannah again and again, and made Hannah doubt her ability to make “real” friends. Courtney is the fifth person on Hannah’s list.

Marcus Cooley
During the school Valentine’s Day survey, Marcus matched with Hannah and asked her out on a date. He initially stood her up, but eventually showed up 30 minutes late. As they sat in a booth at Rosie’s, Marcus tried to touch Hannah without her permission. She shoved him away, and he called her a tease in front of the entire restaurant.

Zach Dempsey
Zach is the seventh person on Hannah’s list. He started out in the beginning by trying to calm her down from the Rosie’s incident with Marcus. When she rejected him, Zach stole Hannah’s encouragement notes from the Peer Communication class. That was the only hope left for Hannah, and it was taken away.

Ryan Shaver
Ryan is number eight on Hannah’s list, and the curator of the school’s anonymous collection of creative writing. Ryan and Hannah used to read each other’s poetry and try to discern their meanings. When Hannah shared a particularly stirring and poignant poem, Ryan betrayed her and published her poem anonymously without her permission. The poem was spread widely around school and everyone, including teachers, dissected it and it’s unknown author. Though no one besides Ryan (and whoever he may have told) knew Hannah was the author, she still felt exposed, attacked, and betrayed.

Jenny Kurtz
Jenny is first introduced as a kind cheerleader who is friendly to Hannah, but later on in the tapes her role in Hannah’s story takes a turn. The night of the catastrophic party, Jenny drove drunk and knocked over a stop sign at an intersection. This caused a car accident later in the night that resulted in the death of a senior from their school. This death weighed heavily on Hannah’s consciousness and became another reason why she decided to commit suicide.

Bryce Walker
Though he will not receive the tapes, Bryce is number twelve on the list. Throughout the tapes Hannah hints that he was one of her baker’s dozen, but his full connection to her story isn’t revealed until the catastrophic party. Bryce raped Jessica at the party when she was drunk, while Justin and Hannah stood by and did nothing. This is the reason he cannot receive the tapes because he most likely will not follow Hannah’s rules and pass the tapes along. Besides raping Jessica, he also pressured Hannah to have sex with him in a hot tub at Courtney’s house, and was the first person to assault Hannah following the release of Alex’s list. Because of Bryce, Hannah no longer felt in control of her own body.

Mr. Porter
Mr. Porter was Hannah’s guidance counselor, who she turned to for help in one final effort to save herself. Unfortunately, he ended up telling her to go on and forget about what happened. But this was impossible. How could Hannah get over what happened? He will be the last one to receive the tapes, and according to Hannah, he can take them “straight to hell” (39).

Kat
Kat was Hannah’s neighbor. She was Hannah’s first friend in Crestmont because of their close proximity to each other, but she moved away before the start of school. Kat was the person that introduced Hannah to Justin Foley, thus starting the chain of events that led to Hannah’s suicide.

A very depressing story, very sad and very lonely. It’s like you’re carrying a big or heavy rock in your chest. The feelings are real. It will make you aware of what it feels like to be bullied and to be sabotaged by your so called friends .

People should be careful of what they say, of what they do. It is so sad that this is really happening in our world that we’re living. Don’t let anyone pull you down. Respects others feeling. Even if it doesn’t mean anything to you. It could be mean everything to them. Parents, be aware of your kids feelings. All of us should be aware to other people’s feeling. Remember “Bullying is not OK”!

What I don’t like about this serie is what she (Hannah) did on her life and other people’s life. Its shows like she was manipulating/influencing everyone especially Clay Jensen to be a bully. It shows like she wants a revenge or she wants other people to feel what she felt when they bullied her which is wrong I think. What she did on her life is like she’s telling everyone that she’s weak. Yes, she was bullied, she was hurt, she loss confidence,she thinks she doesn’t have friends so she ended her life to stop herself from hurting.To stop herself from being sad and lonely.  I understand that her parents situation is not helping her nor their situation. But why not ask God? If only she seeks for Gods help she definitely overcome her depression. It is hard at first but if you keep trying to communicate with God you will be at eased.

God is the best listener, you don’t need to shout, nor cry out loud. Because he hears even  the silent prayer of a sincere heart. 🙂 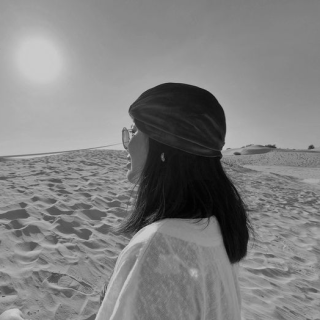 🏡Filipina/Waray 📍Based in Dubai, UAE A thirty- ssh – someone who can’t function well without her coffee ☕, somewhat a free- writer. A dreamer who writes about poems and stories about love and life. From real to imaginations and from imaginations to real.